Reviewed by Katina Tarver, MA (Mental Health and Wellness Counseling) , Life Coach Katina Tarver is a life coach, who has received her MA degree in Mental Health and Wellness Counseling, and a BS degree in Psychology. Her focus targets the integrative mental health and wellness approach in psychotherapy and behavioral health. She is also a career coach, consultant and a certified mediator for individuals, families, couples and small businesses. Founder of Building Stronger People Foundation and sits on the board of directors for the mental health and wellness program for US Dream Academy Houston. She is also a mentor at Capella University. Learn more about our Review Board 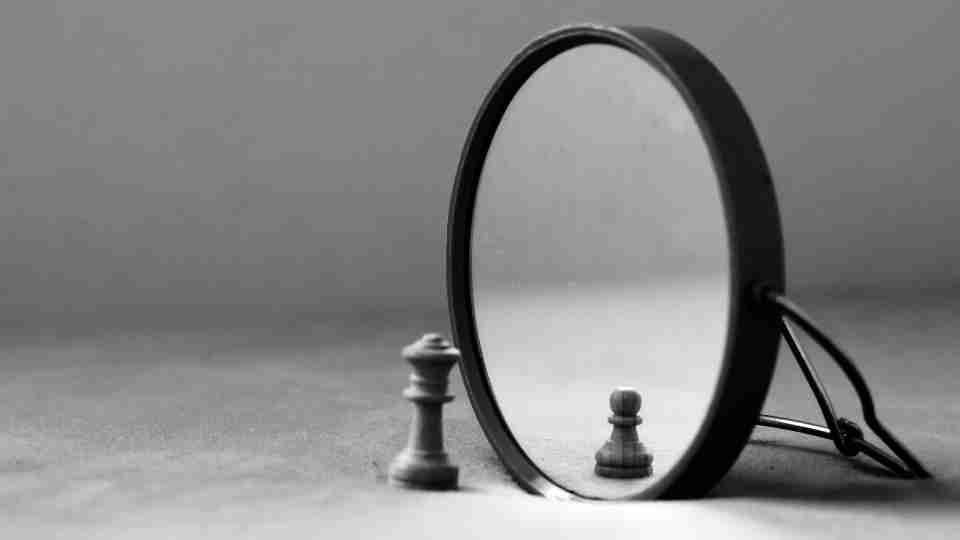 Each one of us has our own perception. This perception becomes our reality. But, the real reality is different and it’s above any perception. In this battle between perception vs reality, reality often has an upper hand.

We hardly see the world as it is. Mostly, we see the world through a set of layers. These layers are made up of our emotions, past experiences, and beliefs. But, this biased view of ours is actually detrimental to us in the long run. It doesn’t help us in any way.

Perception is how we see the world.

Reality is how the world is.

In the simplest terms, perception is how an individual perceives reality. It is how he/she perceives the world.

It is the processing of reality by an individual. Perception is not reality. It rarely is.

That’s the case as perception is the final state of reality after it gets influenced by many factors. These factors are:

Even if our perception is not the reality it has great importance. So much so that it can determine if a person will lead an unhappy or happy life.

There are many philosophers around the world who will tell you there is no reality. There is only perception. You see, they describe reality as a collection of everyone’s perceptions. Again, whichever perception is held by most, is popularly deemed as the reality.

We are not going to go by philosophy here. For us, ‘reality’ is what the name suggests. It is REALITY!

Reality is the opposite of all things imaginary.

Reality is the opposite of all things non-existent.

Reality is how things actually are before our emotions and preconceived notions have a chance to corrupt them.

1) The truth which is actually the truth

2) The truth that you think is the truth

In the above-mentioned points, only the 1st option is the truth and hence is the reality. While the 2nd and 3rd options are two perceptions of the same truth (reality).

John is an 8th grader who has 1 month left to prepare for his final exams. He has been studying for 2 hours every day and feels confident that he will pass all his papers.

Being confident in his preparations he starts to study only 1 hour each day in the final month. After the exam was over and the results came out John was shocked. His report card stated that he had failed in two subjects.

John couldn’t understand how this could have happened as he had studied regularly.

You see when John studied for 2 hours every day he perceived he was well prepared. Also, he thought 2 hours/day was enough to prepare each subject.

He took his perception as the truth (the reality). But, it was obviously not the reality as it became clear after his results were out.

This situation could have been easily avoided if he had just taken a mock test on each subject. A mock test would have shown him what reality really was.

Here, John’s perception was that he was well-prepared. But, he was underprepared in reality.

From the above example, we can conclude that it is important for us to know the difference between perception and reality. This is because a wrong perception creates a false picture and can lead us to the wrong path.

Continuing on the wrong path for a long will deter us from achieving our goals. Also, in certain cases, our wrong perceptions may cost us. This may make it impossible for us to return to the desired track.

Perception vs Reality – Deviation of Perception from Reality

Yes, perception differs from reality as it gets a tint of human emotions and experiences. Minor deviations are also expected but extreme deviations will lead to catastrophic results.

It is desirable if our perception remains as close to reality as possible. Perception’s extreme deviation from reality will result in a highly skewed outlook of the world.

This, in no circumstances, leads to favorable outcomes. Deviation of perception from reality can lead to two different scenarios:

1st scenario: A deviated perception yields a positive impact on the person.

One positive effect of a deviated perception is an inflated view of self. In other words, it can give an overestimation of one’s capabilities.

At most, this wrong perception can give a person hope and improved endurance for the time being.

2nd scenario: Where this deviation can cause a negative impact.

Mostly, a deviated perception inclines more towards the negative side of things. For example, we may always worry that something bad is going to happen in the future.

This may stem from our perception that the present circumstances are bad. This may lead to low self-esteem and give birth to anxiety and depression.

Perception vs Reality: How to Differentiate

It is not easy to differentiate between perception and reality. If it were easy people would always be on the right side of things. They would have always taken the right decisions.

But as we can all admit, we have been wrong, multiple times in our lives. It was not until later, that we realized that we were wrong.

Most of the time, we are not even aware that we are wrong. This is the main limitation of perceiving the world through our senses.

Our perception has this inherent quality of misguiding us. Moreover, since perception stems within us it is not easy to tell that we are wrong. This continues until some external source forces us to see the reality.

So what’s the solution? How do we come to know that this is my perception and this is the reality?

Recall the example that we gave of John. John was only able to understand that his perception didn’t match the reality when his results were out. In this case, it was his report card that showed him the truth.

Here report card can be said to be that external source that showed him what the reality was. John’s result was an instrument of measuring reality.

It’s the instrument of reality that can differentiate between our perception and reality. Only this instrument can help us tell what the truth is.

Quiz or revision tests could have served as an instrument of measuring reality as well. This would have been a better way of finding out for John that he was wrong.

In our lives, the opinion of a friend, colleague, family, or others can help us distinguish between perception and reality.

The Importance of Positive Perception

Yes, we all perceive situations and events differently. But broadly speaking, our perceptions can be classified into two main categories.

While perception is not the reality it still has great significance in our lives. The way we see the world and the way we see the situation affect us. For one, it affects our outlook on the world. It affects what we feel about others.

Perception also greatly impacts our level of happiness in life. A negative perception leads to low satisfaction and low enthusiasm towards life; whereas a positive perception can even convert a tragic situation into a cause for inspiration.

Scientists have found that perception is a choice. This means we can choose to have a positive or negative perception.

Let’s see the benefits of having a positive perception

Understanding perception vs reality is essential for us as human beings. Our daily life decisions are based on the understanding of the two.

When we are able to separate our own perception from reality we can take the necessary measures to be happy. Plus, we can be on the right path to achieve our goals.

Sometimes, we happen to fall prey to false beliefs, distorted thoughts, and incorrect perceptions that we are great, or extraordinary in some way. Want to know why? Do read our article on Delusions of Grandeur!

Surabhi has a deep passion for words. She puts her heart and mind into whatever she pursues and craves for creative ventures. She has always been keen on creating original content that can make a difference. In her experience as a content writer, she has had the opportunity to work on several fields with Psychology being her favorite. Surabhi says, words have the power to transform the world, better than a sword. So she hopes to contribute her bit to this revolution. At ThePleasantConversation, she feels lucky to have the opportunity to share content capable of bringing about a change in the lives of the readers.