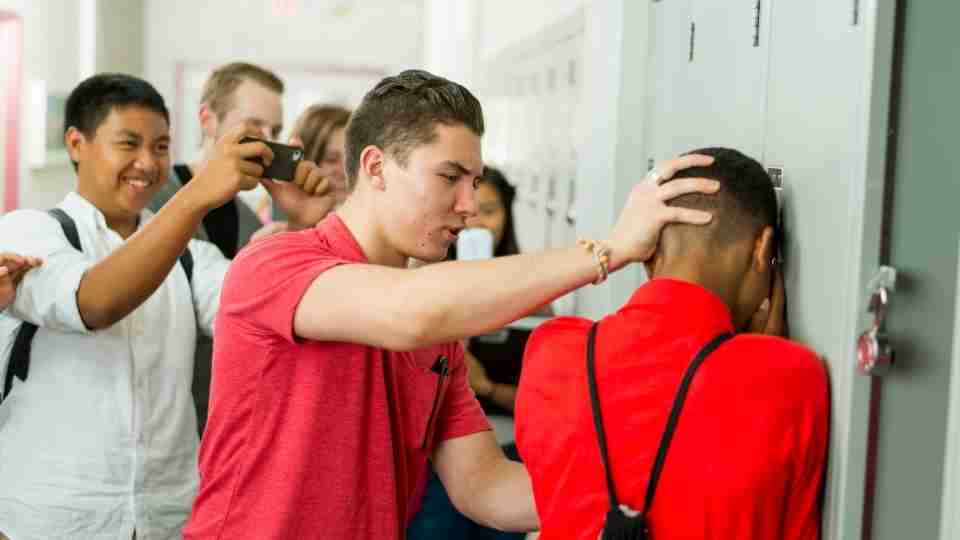 Have you ever been bullied in your life? Well, bullying of some sort always exists in some way or the other all through an adult or a child’s life. Whether we know it or not, it is prevalent in our lives in varying degrees. Let’s explore the different types of bullying.

It is an offensive behavior of someone who has any intention of hurting or intimidating someone else. This is usually done in order to make the person do something the bully wants him/ her to do.

He/ She can use force, threats, or aggressive behavior in order to achieve what they want through bullying.

The bully usually is physically or emotionally stronger than the victim. As a result, he/ she can easily control and dominate the weaker ones. This can definitely be very disturbing for the victim and can cause great distress to his or her wellbeing.

Having said that there are different types of bullying that exist. Depending on whether it happens in person or online, it can be subtle or obvious. The approach and strategies that each bully takes can be very different too.

Now let’s check out the six different types of bullying that are as follows:

Let’s discuss each of them to understand each type in detail.

SUMMARY
Physical bullying is done through physical actions so that bullies can have power over the victims. It can have a serious impact on the mental and physical health of the victims.

Physical bullying is one of the common types of bullying. It is easy to spot. The bully usually tries to hurt the victim, damage or steal their belongings.

The target is weaker physically as well as emotionally and hence can be easily dominated over.

SUMMARY
Verbal bullying is a form of verbal abuse. It is done using rude and insulting words/ remarks. It can be quite detrimental to the victim’s psychological health.

People who bully their target verbally use words or statements that hurt and humiliate them. Being one of the common types of bullying, it is a form of covert bullying as the bullies harass their victims when he/ she is alone.

Often times verbal bullying is ignored even if the victims express their distress. This is because it is not considered to have such a significant impact.

NOTE
Do not ignore verbal bullying. An element of physical violence could be missing but it doesn’t mean it is harmless. Studies reveal victims of this kind of bullying can have serious consequences. Hence take strict action if you observe cases of verbal bullying.

SUMMARY
In this case, a bully constantly excludes people, defames them in ways that can be troublesome for them. Their behavior can be embarrassing and humiliating for the target.

Social bullying is also one of the different types of bullying. It is not easy to recognize as this is practiced when there is no one around the victim. The impact of it on the victim can be highly damaging and long-lasting.

It eventually results in hampering their reputation as well as their relationship with others.

Social bullying includes ignoring or excluding people from their group, spreading rumors and telling lies, imitating people in nasty ways, sharing information or images so as to showcase the victim in a negative light

SUMMARY
Prejudicial bullying is when a victim is bullied based on certain inclinations the bullies have towards like religion, race, gender, sexual orientation, etc.

Largely, prejudicial bullying is a severe form of bullying. In this case, bullying behaviors are observed when people ostracize those whom they find different from them. The differences can be in religion, race, ethnic background, or sexual orientation.

Examples of prejudicial bullying include-

SUMMARY
Sexual bullying is when someone is targeted sexually due to their appearance, sexual development, or attractiveness. This can be very humiliating and challenging to deal with for the victim.

Sexual bullying is when a bully consistently and deliberately targets a person sexually by harming and humiliating them in inappropriate ways.

Boys and girls both can be a target of sexual bullying, however, victims are oftentimes girls. Sexual bullying in its worst form can lead to sexual assault.

Examples of sexual bullying include-

Cyberbullying can be obvious or not depending on its intensity of it. Computers, smartphones, websites, apps, social media, etc. are used to threaten, harass, and embarrass the victims. Since young kids easily have access to the internet, cyberbullying is becoming common.

It is observed that people who don’t have the courage to bully their victims face to face resort to cyberbullying.

Examples of cyberbullying include-

So, why does one become a bully? Depending on the nature of their personalities, tactics, goals, etc. there are 6 common kinds of bullies-

5 Reasons Why Does One Become a Bully

There’s no one reason why someone becomes a bully and since no one is born a bully, we need to understand what makes them so. There can be plenty of reasons including –

1. A person who is bullied by someone else in the past

There is a strong chance that the person who was bullied in the past also ends up being a bully. He/ she has probably undergone so much torture that he/ she eventually become a bully themselves.

People who turn into bullies usually have a bitter past associated with their current behavior. They are either abused physically, mentally, or emotionally at home, school, or other social settings where they may have been.

3. Inability to deal with their own emotions

Many kids or adults lack the maturity to deal with their emotions. At times they are angry with their own selves and then they try to lash it out at others. In other words, the act of bullying makes them feel better about themselves.

4. Lack of self-esteem in themselves-

A lot of people who lack self-esteem and confidence in themselves end up exhibiting bullying behaviors. Hence, they project their own weaknesses onto others. This gives them a false sense of control over themselves.

You may have come across some people who hunger for power and fame. Since they do not have anything else to seek attention from, they resort to bullying. Thus it becomes the easiest way to seek the power and attention they so long for.

Impact of Bullying on the Victims

The effects of bullying vary from person to person. Depending on the personality, behavior, background of a person, bullying can have different shades. It can have a significant impact on the mental health of a person.

Some of the symptoms are as follows:

Impact of Bullying on Bullies

Regardless of who is giving and receiving bullying, it can have an impact on everyone. Especially kids who are engaged in bullying may develop dangerous and violent behavior and carry them forward into their adulthood. This can be troublesome for both- the bully and the bullied.

They can be involved in the following-

How to Deal with Bullying

Research shows that bullying has a direct impact on the mental health and wellbeing of the victims of bullying. It can seriously hamper a person’s growth and personality.

Therefore, consider following the below steps to prevent bullying of any kind-

1. Report the case of bullying immediately

Take timely action and make sure you always report cases of bullying to the higher authorities involved. Ignoring the cases of bullying can sometimes lead to unpleasant consequences, so we urge you to please report such cases immediately.

2. Communicate and warn the bully

It is good to make the bully realize what he/ she is doing is not acceptable and that strict action will be taken if they don’t stop.

Once this fear is instilled in them, they may either stop bullying or reduce it to a great extent. Though this may or may not work depending on the type of bully one is dealing with.

3. Take the support of friends and family

A victim of bullying must communicate the case of bullying with their family and friends. This way they get the courage to stand up for themselves.

The victims at times don’t express that they are being bullied. This could be due to fear or shame.

However, we encourage you to not hesitate to reach out to your friends and family for support. It’s always good to have support. Many bullies don’t disturb the ones who have a strong support system in place.

We live in a world where different types of bullying have become a common aspect of our lives. It can happen anywhere- in our homes, schools, or workplaces.

Most of the cases of bullying are ignored or dismissed. This is because the victim is too fearful to express what he/ she is going through. Sometimes it is ignored as the impact isn’t considered significant enough.

Physical bullying receives a lot of attention though as it is an overt form of bullying. However, other subtle forms of bullying are not so obvious and hence are very easily ignored or forgotten.

We need to understand that the impact of bullying – obvious or subtle can be quite harmful to the victim. It can nearly scar someone for life. This is why we urge you to take this matter very seriously and not ignore it at any cost. 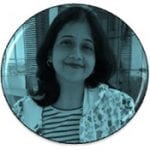 A Psychologist with a master's degree in Psychology, a former school psychologist, and a teacher by profession Chandrani loves to live life simply and happily. She is an avid reader and a keen observer. Writing has always been a passion for her, since her school days. It helps to de-stress and keeps her mentally agile. Pursuing a career in writing was a chance occurrence when she started to pen down her thoughts and experiences for a few childcare and parenting websites. Her lovable niche includes mental health, parenting, childcare, and self-improvement. She is here to share her thoughts and experiences and enrich the lives of few if not many.