Home Basics Types of Empaths: Are You One of Them?

Reviewed by Katina Tarver, MA (Mental Health and Wellness Counseling) , Life Coach Katina Tarver is a life coach, who has received her MA degree in Mental Health and Wellness Counseling, and a BS degree in Psychology. Her focus targets the integrative mental health and wellness approach in psychotherapy and behavioral health. She is also a career coach, consultant and a certified mediator for individuals, families, couples and small businesses. Founder of Building Stronger People Foundation and sits on the board of directors for the mental health and wellness program for US Dream Academy Houston. She is also a mentor at Capella University. Learn more about our Review Board 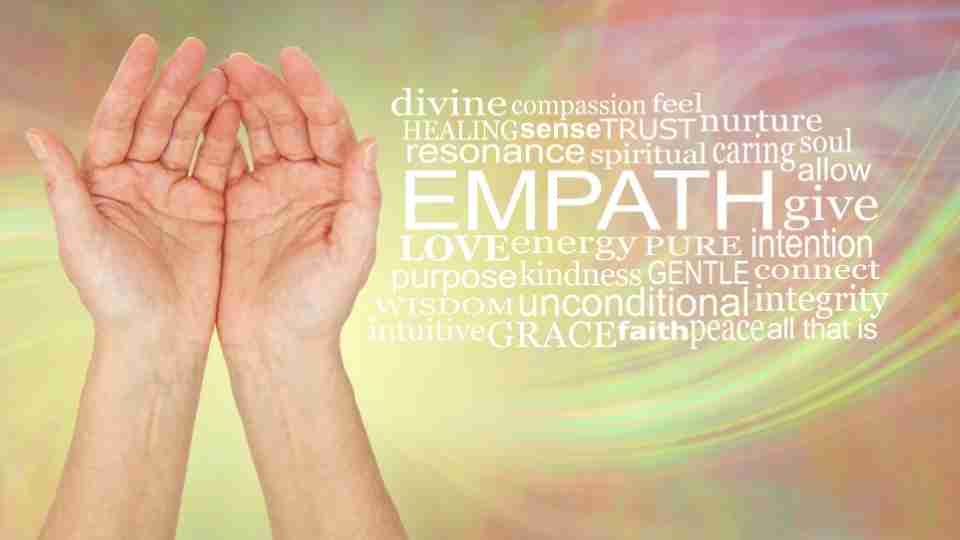 A lot of times, an individual immediately connects with people. If loved ones are in trouble, he/she starts feeling their emotions. At times, he/she also tries to ‘get into someone else’s shoes.’ Do you know why? Because they experience empathy.

Though empaths are not dominating, they have the power to heal and guide. An empath understands the lives of the people around him/her. Deals with their mood swings with a cheerful face. Though this term looks uncomplicated, there are various types of empaths.

But before moving ahead, let’s explore the signs of an empath.

Common Signs of Being an Empath

Along with types of empaths, there are signs of being an empath. Well, we have assembled a few of them.

Here is an interesting video for understanding signs of Empath –

Now that we know the signs of being empathetic. But many times we want to know “What Type of Empath Am I”, so let’s explore different types of empaths.

SUMMARY
Claircognizant empaths can pick information by being around other people. They sense the intentions of people by their words.

Claircognizant means ‘clear thinking.’ So, empaths who are claircognizant know or have an understanding of the things around them. While doing so, there is no logic behind their thinking. They simply have an intuition that something is right or wrong.

For example, they can sense the intentions of things that are being discussed. With this, they map whether the person is lying or has a genuine reason.

Emotional empaths are the most common types of empaths. A person with such empathy experiences people’s emotions within no time. They feel the effect in such a way as if they are the ones feeling the pain.

For example, if a person suffers from depression, then an empath will also feel the same.

The same goes for joy, excitement, anxiety, and other emotions. Besides, these types of empaths are receptive. They can feel a physical and emotional state even before the person expresses.

TIP
Emotional empaths must strike a balance between their and other emotions. With this, they’ll be able to solve problems without draining themselves.

SUMMARY
Few empaths feel the physical pain of others. And they embody the pain in themselves. Thus, making it easy for healing.

These empaths are receptive when it comes to a person’s illness or body pains. This means that they start feeling physical pain if another person is suffering. For example, if the child has a headache then the mother starts having one. But these empaths have a great sense when it comes to healing.

They know what the other person might need for healing. Because they integrate the pain in themselves. And that’s why they can become skilled healers, acupuncturists, or massage therapists

SUMMARY
Is it possible to gain information about a person by touching a physical object? Yes, it is possible, especially for a psychometric empath.

Psychometric empaths can gain information from physical objects. This physical object could be jewelry, clothing, utensil, or a photograph. For example, after touching a wedding ring, an empath can sense the relationship dynamics of the wearer. He/she knows what the wearer is feeling.

In addition, they can also sense artifacts that have a bad history. And so, such empaths are capable of becoming historians, product designers, or dealers of antique craft. This ability helps them in visualizing the future use of that particular object.

SUMMARY
If you talk to the plants, pamper them with love, then you will receive a signal from them. And that’s what a plant empath does!

Plant empaths have a special connection with plants. They can communicate with plants. Alongside this, they are also able to receive physical and emotional signals. And that’s why they are being tagged as ‘green thumb.’

Their instinct towards plants is so strong that they can take care of any type of vegetation.

Moreover, they are aware of plant mechanisms. That’s this type of empath is active in maintaining the environment’s ecological balance and sustainability. As a nature enthusiast, plants also love them and bloom in their presence.

SUMMARY
We all love animals but some like to interact and feel the emotions of animals. And these types of empaths are animal empaths.

The animal empath is very much attracted to animals. They feel the emotional aspects of the animal. Thus, making them a favorite amongst the animal kingdom. Also, animals do have telepathic powers. And this makes it easier for this type of person to strike communication with animals.

Also, these empaths love spending more time with an animal than humans. While studying the psychology of animals, they get a sense of achievement. And so, such people are great trainers or animal healers. This special gift helps them to identify the problem of an animal and guides them to treat it.

SUMMARY
In this type of empath, a person is capable of reading another person’s thoughts. The person might have not expressed his/her thoughts. But a telepathic empathetic will guess them right.

A telepathic empath is capable of reading a person’s thoughts. And they get signals in the form of flashes, images, or feelings. For example, if a friend is not keeping well. Then this empath starts getting an intuition of the same.

However, it is a challenge for such people. Because they might get instincts in the oddest of places. But maintaining a balance is the best solution. It helps in developing a new bond by pursuing others’ thoughts and feelings.

But, while doing so, there might not be clear thoughts at all times. Yet, it is a gift that should be cherished forever!

SUMMARY
Medium empaths can either hear, feel or see the spirits of the deceased people. They might encounter emotional and physical symptoms while communicating with the spiritual world.

Medium empaths are those who can feel and hear the spirits of departed souls. But it is not necessary that they may see, feel, or hear them all the time. Besides, such an experience may turn into a surprising as well as a frightening one.

But it is manageable if the empaths learn the benefits of controlling this ability. Also, their psychic empathic ability helps them to communicate with the spiritual world with emotional and physical symptoms.

SUMMARY
Geomantic empaths are a boon while predicting a natural disaster. They have a deep connection with the earth, thus boasting this ability.

Geomantic empathy is also known as environmental empathy. This type of empath can read the energy transmitted by the earth. Many of them are also able to predict natural disasters before they occur.

Also, there are chances of mood swings in a certain environment. For example, after entering a room, he/she might get an idea of what has happened in the environment.

Then it could be the history of the place or a series of events that have happened. There could be no specific reason behind the feeling. Yet they have deep connections towards some locations like a church or an orchard.

Besides, they are very sensitive if anything harmful happens to nature like falling trees, damage to landscapes, etc.

SUMMARY
If you have a premonition that some event – good or bad is going to happen. Then, you are a precognitive empath.

This type of empath gets the feeling of an event or situation that is about to occur. Even before the event takes place, precognitive empaths start getting the feeling. And they show it by a physical sensation, emotional outbursts, or even dreams.

Strong sixth sense, Déjà vu, gut feeling is very common for these empaths. Besides, they are helpful while warning others if a stressful or dangerous event is about to hit. This helps in taking cautionary measures.

What does it mean to be an empath?

An empath by definition means a person who is capable of sensing other people’s emotions, thoughts, and feelings. Empaths can also feel animals and plants. They can also understand the environment. They sense the vibes of people, animals, surroundings, and even objects!

How do Empaths protect themselves?

For an empath, protection from others is necessary. To prevent lowering their vibes empaths ground themselves daily. That is,  they stay away from distractions and disturbances for some time of the day. In this quiet hour, they meditate and do self-reflection. Also, empaths avoid negative people and situations if they can.

Do Empaths fall in love easily?

Empaths often take time to fall in love with someone. This is because they are emotional beings and so they try not to easily get immersed in emotions. Romantic relationships often become an obsession for an empath. So, they try to guard themselves against falling in love.

What abilities does an empath have?

Empath abilities range from sensing others to communicating on the soul level. They can sense the intentions of people through the words they speak. Empaths can also feel the emotions of others.

They are able to feel the pain of others. They might be able to understand by touch and they have the capacity to communicate with animals and plants as well.

How do I stop being an empath?

It is not possible to curb your empathetic character. Because it’s an ingrained quality. Being an empath is a part of your personality. Difficulties in life or trauma can make you feel like a  damaged empath. It’s possible your empath abilities get a bit disturbed but it will never leave you!

Being an empath is not easy. They are good listeners yet they are sensitive too. There are chances for them to get drained on a mental and physical level.

So, if somebody wants to share their feelings. Then, it is good to listen to them. But it is important to plan boundaries and maintain space. Remember, if used wisely, empathy can be a great gift! 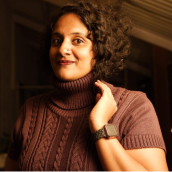 Neelambari started her rollercoaster ride as a journalist at Pune Mirror (Times Group). After which she started exploring the world of content writing. Today, she boasts more than five years of experience filled with creativity and diversity. During this tenure, she explored various mediums like articles, blogs, social media posts, website content, and much more. And this content ranged from Gynecology, Ayurveda, Dental health to nutrition. However, she enjoys the most writing about Psychology and other medical streams. She loves writing and aims to bring positive changes at least in some lives with her articles on www.themindfool.com